The King of Slapstick Comedy Live Segment from the International Varieté Festival
Recorded in Schweinfurt, Germany in 2009 by Michael Menes
(13:51)

A wonderful performance by an alumni of MIME SPOKEN HERE. Tom Murphy is indisputably a King of Slapstick Comedy. This video, shot in 2009 at a festival produced by one of Michael Menes’ and Peter Davidson’s Juggling Intensive students, Dirk Denzer who is based in Bavaria, lead to a great career for Tom in Germany’s lucrative corporate gala market.

Tom Murphy got started in physical comedy when he took a judo course in college and learned how to take pratfalls. He learned about Tony and the Celebration Barn when he met Benji Marantz in 1974 and the two worked together for five years and took a workshop with Tony. The duo leaned heavily on acrobatics and juggling. According to Tom, when he went solo in 1982 he started creating his own dilemmas and went in the direction of creating physical problems that would eventually get worked out and have success after almost total failure. Tom collaborated with Woody Keppel and Tony Montanaro on a sketch they performed in a festival at Faneuil Hall in Boston. Later in their careers, Tom and Tony played some of the same venues in Germany and kept in touch. Tom says, “I would talk to Tony like a mentor as well when I became disenchanted with performing. He was able to snap me out of the dumps and get me back on the horse. He was always very complimentary to me about my performing, So I thought of him as a friend and mentor.”

Tom Murphy was born and raised in Pottsville, Pennsylvania, the heart of the anthracite coal region. He graduated from Pottsville High and after receiving his Bachelor’s Degree from East Stroudsburg University, he moved to Stowe, Vermont to pursue a career as a professional acrobatic skier. During his illustrious two year stint as a professional athlete Mr. Murphy was sidetracked by the smell of the grease paint and the bright foot lights…he turned his energies to the stage. Although a performing career offered little more in the way of security, Mr. Murphy was able to quit his waiter job and successfully make a go of it.

After his conversion he co-founded two international touring comedy troupes: Mountain Mime and Klown Shoes. He shared his talent as a teacher in Denmark, France, Germany, Austria, and the U.S. as a faculty member at the Boston University Theater Institute and three years at Ringling Brother’s Clown College. He was featured on a SHOWTIME special from THE JUST FOR LAUGHS FESTIVAL in Montreal. In Paris he was awarded NUMBER ONE CLOWN at the 1987 international circus competition, Cirque de Demain. After finishing a three-month engagement at the International Resorts Hotel in Atlantic City he traveled to Hollywood to make his film debut in Ava’s Magical Adventure starring Timothy Bottoms and Patrick Dempsey.

Mr. Murphy has been touring primarily in Europe and the United States where he has made a solid reputation as a Theater Clown, garnering descriptions such as “Der Chaos Poet,” “…a descendant of the great clown, Charlie Rivel,” and “…tender, warm, compassionate,” “…One of the greats of our time.” Mr. Murphy is no stranger to Broadway either! In 1984, while still a mere babe, he co-produced with clarinet virtuoso Jean Kopperud, a show called The Ladder and the Clarinet at Symphony Space-it was just a bit shy of critical acclaim.

In November 1998 Mr. Murphy performed his solo show on Broadway at the New Victory Theater. It was a 13 show, sold out engagement that the New York Times called “a sure-fire cure for the blahs.” In the same vein as Keaton, Lloyd, and Chaplin, Mr. Murphy continues to be one of the top slapstick comedians alive today. 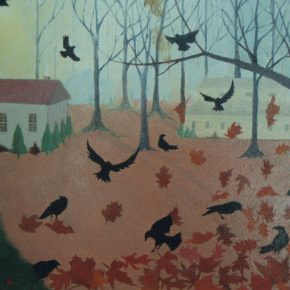 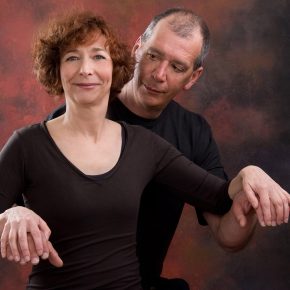 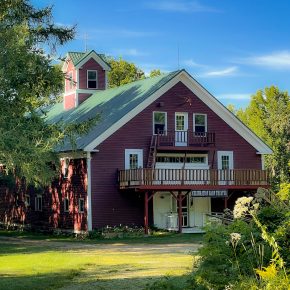 One reply to “The King of Slapstick Comedy”

I did a lot of tech work, and a little performing, for Murph at his Waterbury Comedy Festival. Good memories of excellent people. 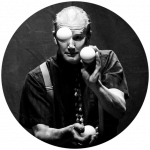